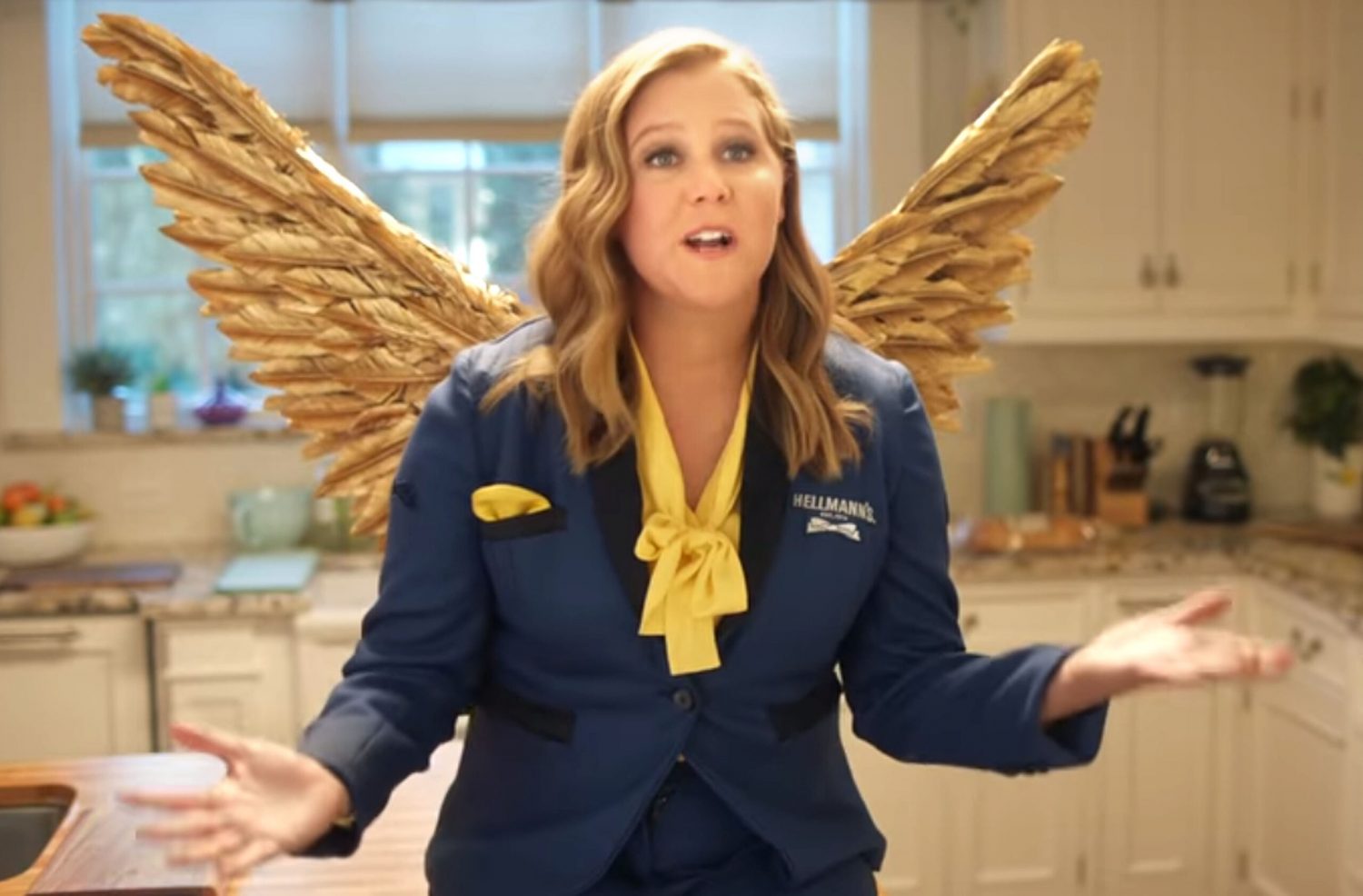 Cecily Rush watched the Super Bowl along with 96.4 million Americans, and there they were: Her handmade angel-wing creations in Hellman’s “Fairy Godmayo” commercial, starring Amy Schumer.

“I was given no details beyond the fact that it was a Super Bowl commercial and that the wings were going to be worn by a blonde celebrity who recently had a baby,” said a thrilled Cecily Monday, Feb. 8, the day after the Tampa Buccaneers beat the Kansas City Chiefs, 31-9.

It was Amy Schumer. “Just move over and watch the wings,” she tells a confused homeowner, at a loss for what to do with his leftovers.

Be-winged Schumer solves his dilemma with a wave of her butter knife before the commercial ends.

Rush, owner and designer of Cecily Rush & Co. in Delancey, 30 miles south of Oneonta, attended the Fashion Institute of Technology and has been featured in Broadway, film and music productions as well as in New York Times and Harper Bazaar.

“I’m not entirely sure where they all end up,” Rush said of her “custom, made-to-order wearable costume pieces.”

The wings featured in the 2021 Super Bowl commercial were based on a previous design. Provided with some specifics, Rush also felt she was able to take some creative liberties.

“It was exciting to see and satisfying to be acknowledged for my work that often goes unnoticed,” Rush said.